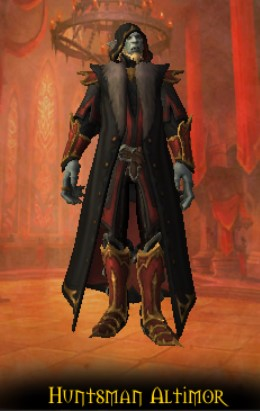 Altimor is a hunter and he has three bears fight for him.

Now,let’s learn about their skills.

Sinseeker---Altimormarks 3 players and fires at them.Each bolt inflicts damage and an aditional damage every 2 sec for 30 sec to the marked player and any players in a line.

---This requires the players to be named to spread their positions to avoid too many people being hit.

Spreadshot---Altimor fires a cone of bolts at players inflicting damage.

---Since this skill is instant and cannot be evaded in advance, the team needs to keep separate positions.

Now let’s take a look at the skills of his hunting gargons.These three bears will appear one after the other after the death of the last bear. 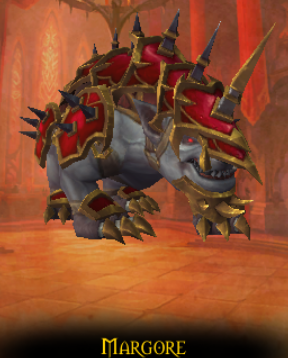 Margore---He can shreds his target,inflicting damage and an additional damage every 3 sec for 30 sec.

---This requires an exchange of tanks to withstand this skill.

Another skill is Vicious Lunge,Margore sets his sights on a player,after 6 sec he lunges at them inflicting damage divided evenly by players within 6 yards.All players struck by Vicious Lunge are afflicted with Vicious Wound,which inflicts damage to an enemy every 3 sec for 6 sec.

---The way to deal with this skill is that the named player must run out of the crowd as much as possible and use the immunity skill to bear it alone. 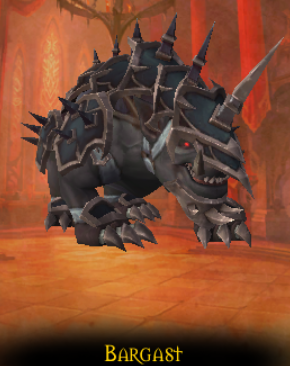 Bargast---First,he can creates shades of itself that cast Deathly Roar,which inflicts damage to all players and an additional damage every 2 sec for 20 sec.It is worth noting that when these shades are under a loss of control,they gain stacks of Destabilize,increasing all damage taken by 100%.

---Therefore, when shadows appear, you need to release control skills to them as much as possible and kill them quickly.

Another skill is Rip Soul.Bargastrips out the soul of a player inflicting damage and cause a soul to appear that drifts toward Altimor until it is healed to full.The soul’s starting health is proportional to the health of the player being struck by Rip Soul.If the soul reaches Altimor,he gains Devour Soul for 1 min,which increases Bargast’s damage by 200%.

---After the shadow appears, heal its health as quickly as possible. 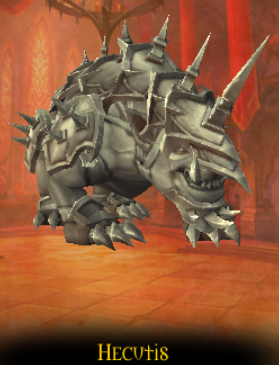 Hecutis---His melee attacks increase his damage done by 25% and reduce his movement.While moving,Hecutis sheds stacks of Crushing stong and triggers Shattering Stonw,inflicting damage to all players.

---The tank needs to pay attention to the blood volume of itself and the team, and control the rhythm of movement.

---The player targeted by the boss must run out of the crowd and place the area in the corner.

The above is the strategy of No.2 boss.